Update: I found this post of a Kuwait blogger who went “behind the scenes” at the camel races. Jealous!

Saturday we had one of those moments where we realized that we live in Kuwait. In the desert. Seriously!? We joined 250 other people at the AWARE Center, climbed on buses and headed into the desert. 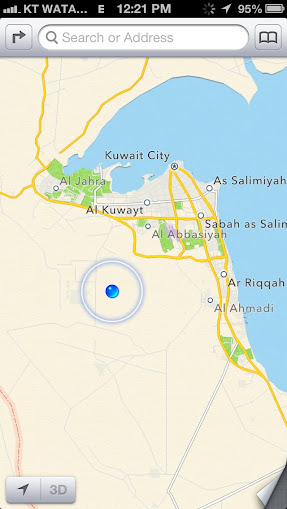 The ride out was pretty uneventful but it gave us a chance to watch out the window. We were completely surprised by the amount of trash. It was everywhere. Probably the hardest thing for us to see is the complete disregard (by some people) for their surroundings. Kuwait could be much more beautiful if  people used trash cans

After about 45 minutes we arrived at the camel races…in the middle of nowhere. 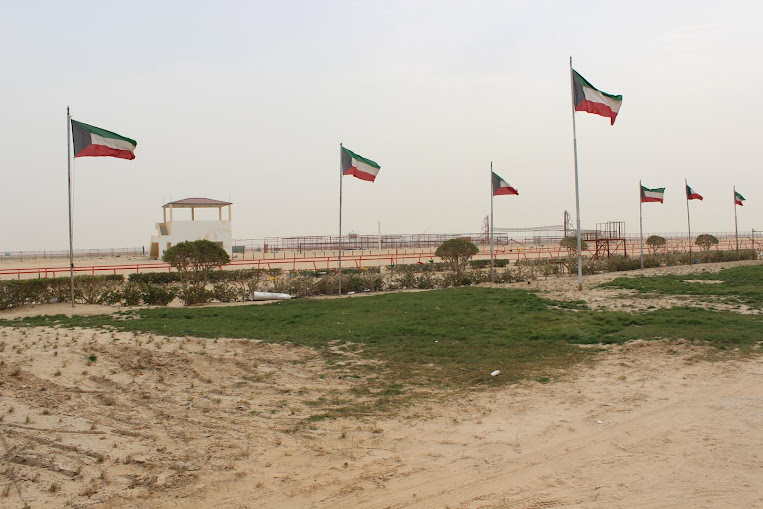 We had just under 2 hours to explore and relax before the races started. Luckily they fed us treats… 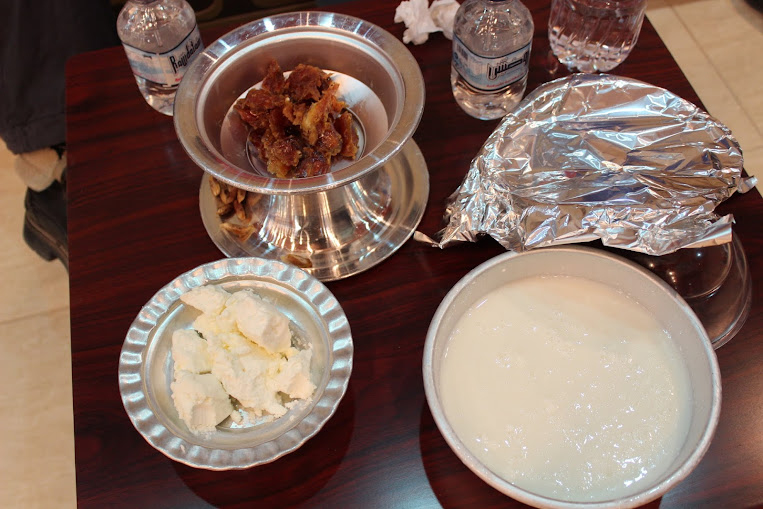 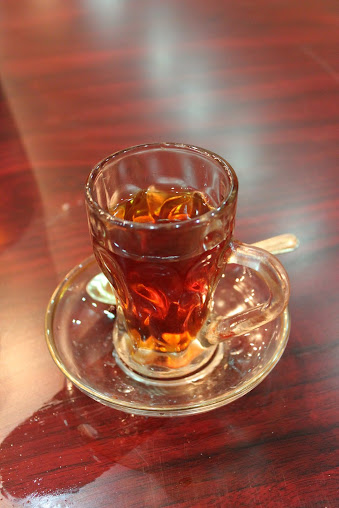 We had the opportunity to ride camels. We decided against it. NOT!

(We did not edit the sound so you might want to turn the sound down. Also, sorry for the orientation of the video. Blame the camera man – Jeff. 😉

Abby and I made Jeff go first – it was just a little intimidating! The camel grew more unhappy with each rider – it refused to stand up fort he rider after me. We did notice that my camel ride was recorded by Al Watan TV…maybe I’ll become famous 😉

We went back to the diwaniya to watch the start of the camel race on TV. The older the camel the longer the race. The races on Saturday were 6k and 8k. They start far away and finish at the grand stands. The whole time there are cars following along on the outside of the tracks. Luckily people don’t ride the camels (except for this crazy guy), robots do! The people in the cars control the robots and their little flexible arm that spins around and slaps the camel. It’s crazy to watch!

Although we didn’t start our watch (what kind of runners are we?!), we think the camels ran 6k in 10-15 minutes. The weather was pretty decent (not too cold, not to hot and cloudy) the wind did pick up and we got to taste some sand. The Kuwaiti men had the right idea covering their mouths! 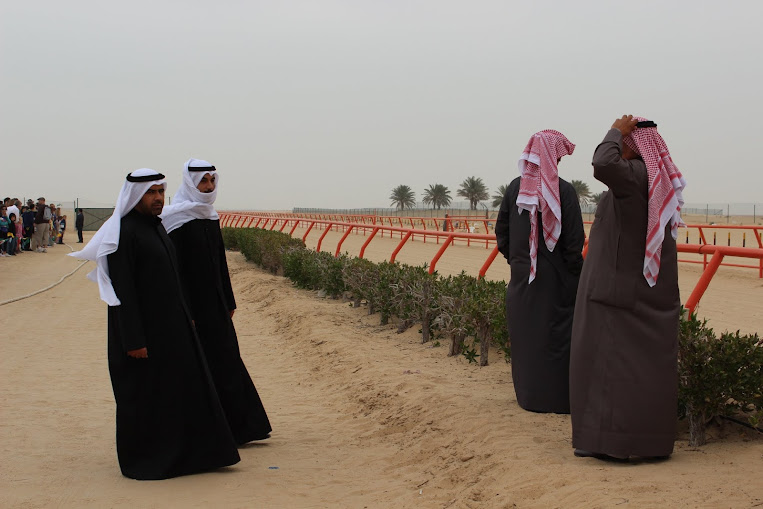 After the last race (there were 3), we headed to a ‘farm’ in the desert for the typical buffet spread. 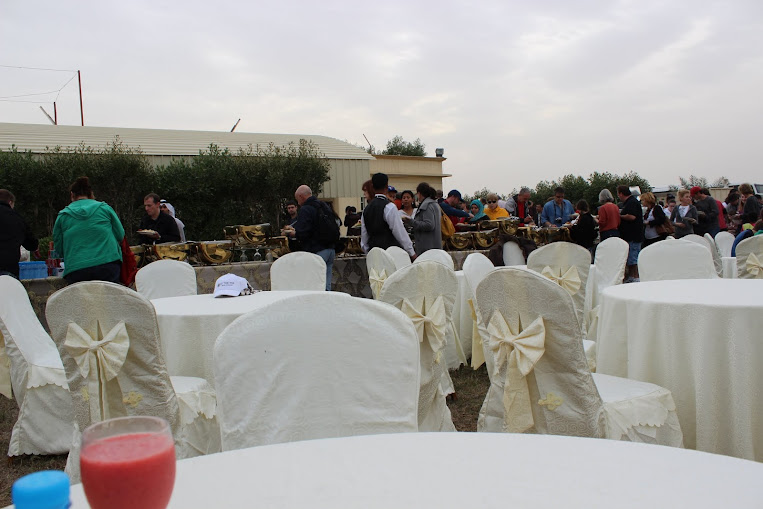 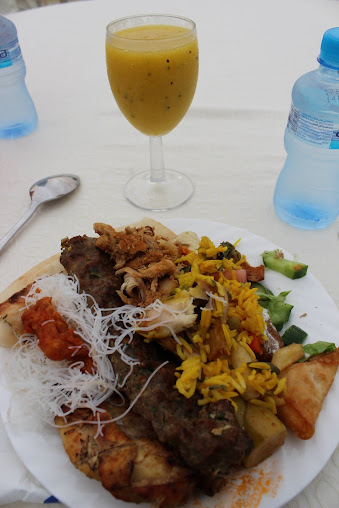 All sorts of Lebanese food.

On our way back to the the AWARE center we got to see desert camping for the first time. There was even more trash, but this time we saw where it was all coming from. From November to March people are allowed to set up tents in the desert (leave them there) and go out to their camp whenever they want to. They practically make tent cities! We had no idea! But we’re pretty excited to try it for a night or two 🙂 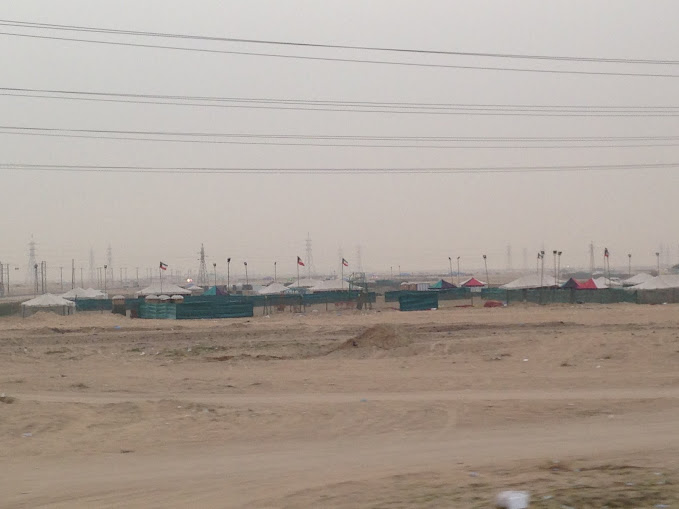 Sorry for the crappy iPhone photos! 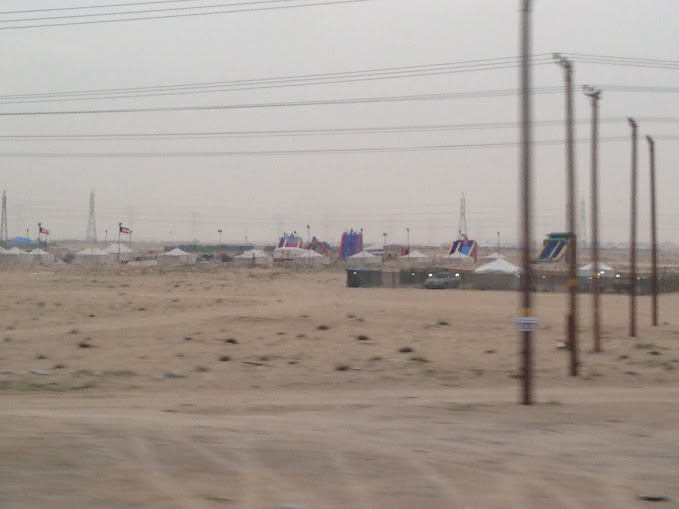 Just another day in the life of Lissa, Jeff & Abby! To see our entire photo album, click here. Or watch the video below!

2 thoughts on “We live in the desert.”